Are you involved in medical institutions, cosmetics,
health food industries,or any related business? 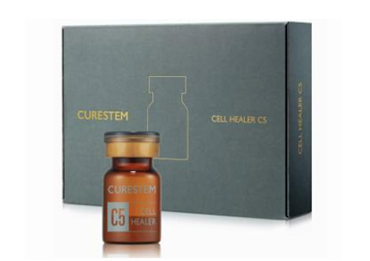 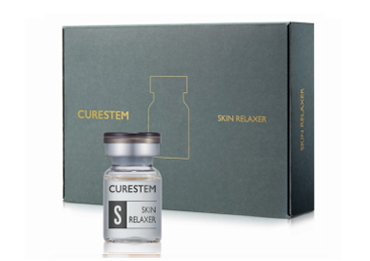 For those who want to feel higher effectiveness, you may also use this for your head as well. 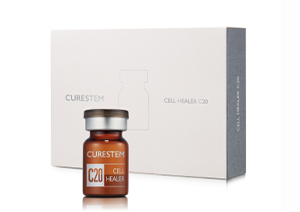 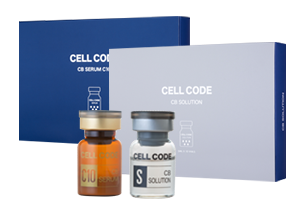 Since human cord blood-derived stem cells are young stem cells of a newborn baby, they are known to be more active and proliferative than adult stem cells of fat, dental pulp, bone marrow, and so on. Therefore, the growth factors and cytokines produced are abundant.

The growth factor in human umbilical cord blood is more than twice as much as in adipose!

Growth factor (regeneration factor /cytokine) is a general term for proteins that activate cells. It has an effect of repairing inflammation and wounds and promotes improvement of skin cells and skin function.

Epidermal Growth Factor: the growth factor of epithelium which advances epidermal cell growth and skin restoration.
It signals the proliferation of epidermal cells and promotes turnover.

Activate the function of vascular endothelial cells to deliver necessary nutrients to the skin through capillaries.

Human umbilical cord blood-derived is the most active.
More than 4 times of the adipose-derived!

Advances the synthesis of proteins that make the skin

Expression of substances that make the skin (Collagen I＆Ⅲ)

Collagen Synthesis I: Increased by about 250%

Collagen Synthesis Ⅲ: Increased by about 170%

What is Growth Factor?

It is a protein group that makes cells to grow. When a growth factor is taken up by a receptor on the cell membrane, information is transmitted to the nucleus, which urges cell growth and metabolism. It is known that the amount of growth factor secretion decreases by ages.

Relationship between keys and keyholes

The relationship between growth factors and receptors is biologically compared to the relationship between "keys and keyholes." To activate the human receptor, it is important to affix a regeneration factor (keys) to the receptor (keyholes) that fits perfectly. Thus it is essential to use the components of human-derived stem cell culture media, comparing with animal-derived or plant-derived.

To activate the human receptor, a regenerating factor (key) that fits the receptor (keyhole) exactly is needed.

A Characteristic of CELL CODE（BABY STEM）

Thus comparing with other stem cell’s culture supernatants, we can obtain conditioned media in high quality.

The culture supernatant is freeze-dried, so please use it by dissolving with the supplied solution, physiological saline, purified water, etc., on the timing of use.

Since the growth factors and cytokines are stably stored until the moment of dissolution, they can be provided in fresh at any time.

＊Please store in a fridge after dissolved and use it within a week.

GDF11 Featured as a Rejuvenating Factor

Three studies to demonstrate rejuvenation of memory, muscle strength, heart function, blood vessels, stamina, and olfactory function were published simultaneously by “Nature Medicine” and “Science.” Since GDF11 injection showed the same effect as parabiosis, it is noted that GDF11 as a rejuvenation factor. *1

Human umbilical cord blood-derived stem cell culture media containing a large amount of GDF11 were shown to be suitable for facilitating a regeneration of aged skin. *2

GDF11 is the TGF-β superfamily of proteins, which is a multifunctional cytokine that regulates cell proliferation and differentiation.

The 2014’s finding show that GDF11 has rejuvenation properties with remarkable effects on the cardiovascular system, brain, skeletal muscle, and skeleton of mice. At this time, by examining the impact on human aged skin, it was found to have a great result on the production of dermal matrix components in human skin. GDF11 is supposed to contribute to the rejuvenation of human skin.

The inflammatory cytokine IL-1β, one of the causes of inflammation was also downregulated.

This work has shown that the human umbilical cord blood-derived stem cell conditioned media containing GDF11 is suitable for promoting the rejuvenation of aged skin.

The exosomes contained in CELL CODE（BABY STEM） are smaller in size and uniformity, compared to adipose and fibroblast culture media, and the amount of them is large. Thus it has been reported that exosomes reach the dermal layer within 18 hours.

It was found that exosomes contained in the human umbilical cord blood-derived stem cell culture solution were distributed in the center of 50 nm to 150 nm and were smaller in size and uniform as compared with those derived from adipose-derived fibroblasts.

Strengthen the restoration of damaged skin by external stimuli

Improvement of spots and pigmentation

The calming effect of calming skin sensitivity by temperature changes

Improvement of the elasticity restoration

This page is to provide information to those involved in medical institutions,
cosmetics or health food industries, and those engaged in related business.
It is not intended to prove the effectiveness of the product.